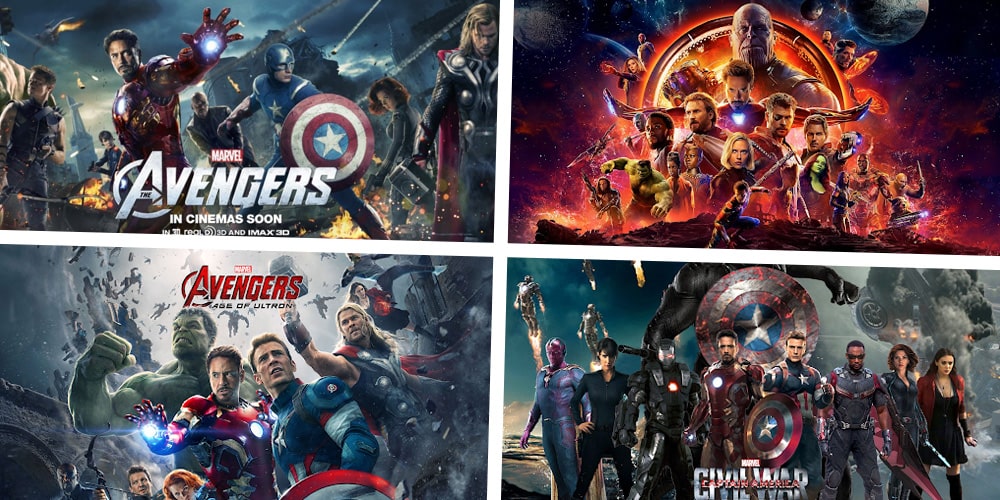 What happened to the Avengers after Thanos snap half of humanity? We’re about to find out this April 24 as The Avengers: End Game hits the cinema! But … before we witness the fate of the Avengers, let’s take a look back beginning on how it all started! GSC and TGV Cinemas will launch a special one-day screening of the previous Marvel Avengers movie starting of “The Avengers”, “Avengers: Age of Ultron”, “Avengers: Civil War”, and “Avengers: Infinity War” this April 20!

Can you still recall how it all started? When Loki accessed the Tesseract, Nick Fury of S.H.I.E.LD recruited Iron Man, Captain America, Hulk, Thor, Black Widow, and Hawkeye to formulate a team that will stop Loki from destroying Earth thus The Avengers was made.

2. The Avengers: Age of Ultron The Avengers reassembled when Ulton, a technology that aims for human extinction, terrorize Earth! Along the way, the Avengers met Pietro and Wanda Maximoff that will soon formulate an ally with them. A mission that went terribly wrong divided the members of the Avengers. Captain America believes superheroes should remain defending humanity without government interference, while Iron Man strongly disagrees with him that split the Avengers into two. The Avengers faces their strongest enemy yet, Thanos, that plans to collect all the Infinity stones to inflict his twisted will on reality!