It’s almost time to prepare for our red envelopes this coming Chinese New Year. Take note of these dates to get your new banknotes! Starting February 05, 2018, you can drop by at any Maybank branches to get a new bank notes. From February 3 to 10, you can exchange your bank note on 31 OCBC branches.

Redemption at CIMB starts on February 05!

Other banks to be announced soon

As of now, you can start exchanging your new banknotes at the above mentioned three banks in the country. Other banks are yet to be confirmed. For queries, feel free to visit the nearby bank around your area. STOP THE SPREAD of COVID-19: 409 Quarantine Stations in Malaysia — 46 Found in Johor! 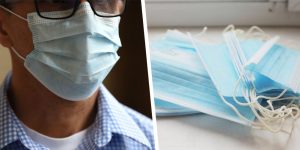 5 Stores Where You Can Buy Face Masks in Malaysia MALAYSIA: 5 Situations Allowing People to Go Out During Movement Restriction